I was at a sporting event the other day and was listening to great excitement about this coconut water sports drink and how beneficial it was and how it was only 70 calories and just so good for you.  I had to just check this out because I didn’t want to be missing out on some great health benefits.  If there is a product with a health benefit I am all in on it.  I was given a “free” sample and I read the ingredients.  I never tasted it because I couldn’t get passed the misconception.  It was by no means what it claimed to be.

Coconut water has amazing benefits and the Sports Drink market has taken this electrolyte filled beverage and is running with it.  You will see all kinds of sports drinks sporting  things like, “100% Coconut Water” or “All Natural” and in fact this has some un-truth to it.   When you flip the beverage around and read the ingredients and it says, “coconut water concentrate” that means that the coconut water was heated and processed and reduced to a syrup. It is then shipped at a cheaper cost and when it gets to the supplier they add water to it. Yikes!  When anything is heated or processed the nutrients and beneficial enzymes are denatured or gone and no longer available for the body to benefit from.    So if you are looking for the amazing benefits of coconut water  and not just a sugary flavored drink that does very little for your health CHOOSE  RAW, unpasturized coconut water that is  high pressured processed to kill bacteria or off a tree in your yard and take your health to the next level.

GMO or NO GMO  is not the issue when it comes to SOY.

I was shopping in Naples, Florida 18 years ago at a small organic nursery and market (Now called Food & Thought) The owner a brilliant, passionate gentleman was in awe that my boyfriend and I were shopping for Organic produce.  He told me he hadn’t seen anyone at the time as young as we were and as educated in the importance of organic produce and foods.  We spoke for a while and he educated me on what he knew.  I listened to every word. He advised me to do my research on soy and to avoid it at all costs, organic or not!  I was so confused at the time because soy was just starting to hit all the stores and people were claiming that soy was so healthy and that we should be consuming it.  Articles even went to the extent to say that Asians were using it and they were much healthier than Americans.  What the articles and those promoting it were failing to do was to research it accurately and even research the type of soy Asians were consuming because it wasn’t what we had in the United States.  I did my research and I had to dig deep to find stuff but it was there.  There was no way I was risking it.  There were studies showing long term use of soy was causing problems with the thyroid as with many other things that were not positive. Wonder what the incidence of thyroid conditions are today as compared to 18 years ago.

Only time would tell.  I share my knowledge with others and haven’t kept it a secret.  I don’t promote anything with soy in it.  I just can’t when I know what science reveals it does to the body and organs.  Check your products and see if you are consuming soy. It may surprise you.

No Soy for Your (Grand-)Parents! Soy Blunts Strength Gains in 12-Week Resistance Training Study – Avg. Gains Approx. 30% Lower Than in Both Dairy and No Protein Group!  (CLICK HERE TO READ THE STUDY) 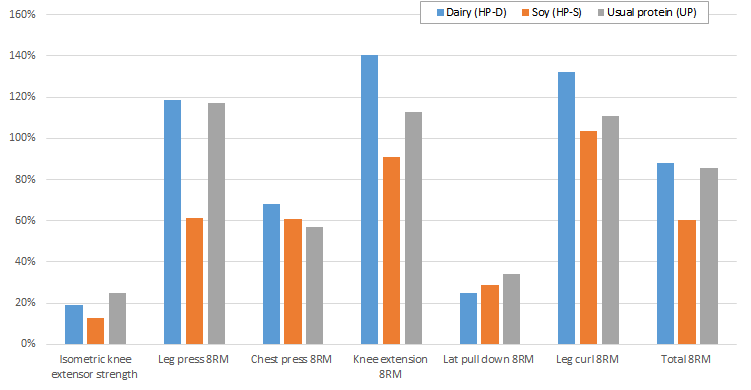 This morning I was taking my youngest child to school. He is seven.  On the way to school he likes to play this game called HUMMER-JEEP game. You get 2 points for spotting a HUMMER and 1 point for spotting a JEEP.  It had started to seem like there were an awful lot of jeeps that I was not seeing so I added the rule that you must say the color of the jeep.  My son sees the first one and says, “JEEP – SWAMP COLOR”  and immediately in my head I saw a cool swamp and saw myself trudging thru it.  Now this may sound strange to many.  I love nature so to me this sounded fun and cool.  Then within 5 seconds he says, “JEEP- SUN COLOR” and I went right to seeing the sun and feeling the warmth on my body as I saw myself lying on the beach (the beach is my favorite place). Then I thought WOW!  How cool is this!  He could have said, “green” and I would have just saw a green jeep in my  head and he could have said, “yellow” and I would have seen a yellow jeep in my head.   This made me realize even more so what we say and how we say it, is so more powerful than imagined.  Love this kids creativity and how he enlightens others!  Not only am I grateful for being his mom and in his life daily but grateful for others that get to be in his presence and are actually listening to what he has to share.

Live Your Own Truth